Around three weeks ago I woke up with some minor knee pain and pretty severe stiffness in my joint.  As someone who powerlifts, I wake up most days with what non- lifters may consider moderate to severe “pain” so I wasn’t bothered.  That is until I couldn’t walk up my elderly Mom’s stairs and she asked if I needed HER help!  After seeing a PT and an MD (all the acronyms),  I was told that it wasn’t serious and I could do anything in the gym except SQUAT AND DEADLIFT for a while.  Anything but squat and deadlift??? I was in denial, then pissed off, then slightly depressed, until I remembered how I got strong in the first place and potentially why I’d become injured right now.

Before competing in powerlifting all there was for me was training.   There was weeks, months, and years of hardcore training sessions.  Countless reps of countless movements. Each one I poured my heart and focus into.  It didn’t matter whether it was a bicep curl or a back squat, I was repping it out with intention and determination.  I treated all movements the same.   There were no “accessories” or “competition lifts”.  I built a strong foundation of strength through focusing on increasing the intensity of ALL movements, large and small.  I never focused on “peaking”, just working.  Therefore, there was no end to my process.  I knew I had so far to go to even be considered strong so I showed up every day with the same intention: destroy TODAY.

Furthermore, there was no one watching me through this process.  I wasn’t worried about Instagram, YouTube,  the bright lights and hype of a fancy gym like Barbell Brigade.  No one was hitting the “like” button on my weekly 4×100 walking lunges at the Pasadena City College track.  No one gave one shit when I first overhead pressed 50lbs dumbbells.   I did each workout happily because I knew that I had a long road ahead to get to my goals. 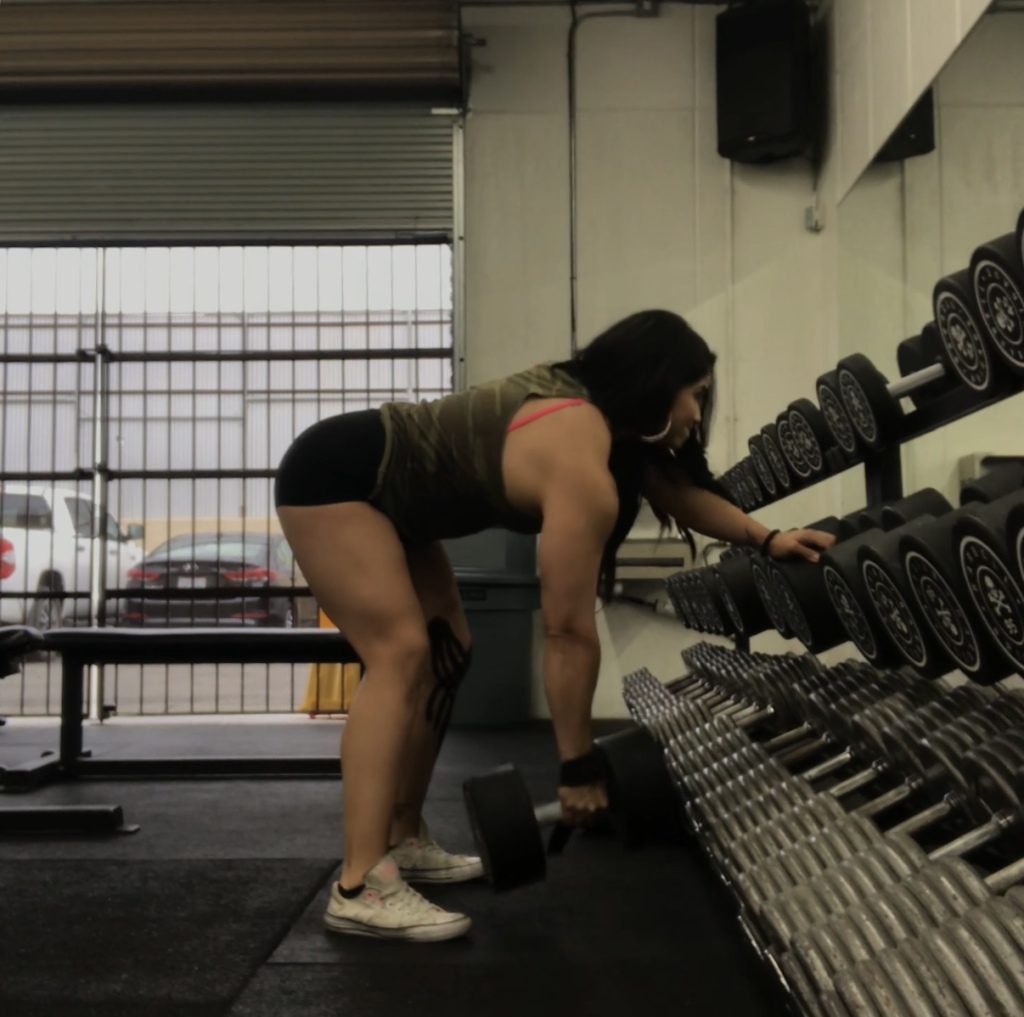 Somewhere between “I’ll never be strong” and “I wonder if I can squat 402lbs raw”, I lost the focus and intensity of the little pieces that built my foundation.   It wasn’t overnight or sudden at all.  It was a gradual erosion over time.  Don’t get me wrong, I still trained all of my prescribed accessories, just gave them less attention than my main lifts. Of course, specificity is important in strength sports, no argument there.   I think we all just underestimate how long it takes to develop real strength and how much attention to detail it takes to maintain it.  I started to act like a lot of the people I see around the gym who compete.  Ridiculously hyped up and focused during their “top sets” of their S/B/D, yet extremely lackadaisical when it was time to do their accessories.  We all mosey on over to the dumbbell racks and basically nap or talk through our sets between scrolling on social media and texting our “baes”.   I admit it.  I’m guilty as well.

This is where too much specificity and over emphasis on competition can become a slippery slope.  I cannot count the number of clients I’ve politely declined to work with because they wanted to give themselves twelve weeks to go from never lifting to competing.  While I think its truly admirable, it’s highly unadvisable.   I always ask my clients to give themselves a minimum of one year of just gym training before beginning a competition prep.  I also incorporate more accessory work for beginner lifters than most online programs I have seen and keep the accessories in for the duration of the prep.

Obviously, hindsight is always 20/20 and I wasn’t purposely neglecting my training.   Perhaps I lost sight of the small pieces in an attempt to emphasize my SBD.  Perhaps I also became (like most people now) a little obsessed with the heavier and more attention-grabbing movements.   Perhaps I competed too often in one year (three competitions in ten months might have been one too many), thus not taking time away from peaking to rebuild the foundational movements that had been neglected.   If I think of all the greatest powerlifters of all time (Ed Coan obviously pops in my mind first), none of them compete more than one or two times in a year.  All of them take long periods of time to train higher volume and work on the smaller muscle groups and technique.  Resulting in more muscle, less injury, and stronger lifts.

Maybe this minor set back is a major breakthrough! An opportunity to reflect and plan for a rebuild. While I love what I have gained through competing, I need to get back to the mindset I had five years ago.  Attacking every training session, every set, and every rep.  Keeping in mind that there is never an “end” to my pursuit of strength and performance.  There is no time-sensitive goal, only milestones of my work.